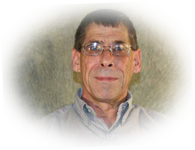 I hadn't planned on writing anything about myself on the site at all, but some people (mostly Patty and her friends) suggested that I did and also include a few pictures of myself, hence these few pages and photographs...

My mum used to say "it's better to be born lucky than rich", when I was in my teens she ued to say that I was a lucky person. I have been, I've travelled a great deal of the world, met some wonderful people, had some fantastic experiences and nearly always enjoyed good health.

I'm supposed to be fairly intelligent, but that has never stopped me from doing some really dumb things. But, even the stupidest of things I've done have a habit of working out, if not well, at least not too badly. These two traits are just as well, I've always been very quiet, but I've an "A" type personality which means I'll try things just for the hell of it.

I usppose my worst traits are that I get very impatient, I don't understand why some people are as lazy and stupid as they are and I absolutely detest being lied to.

Patty has a badge that reads "Please take a number and stick it up your ass."

It's one of my pet peeves, sometimes if I'm standing in a queue in a supermrket, a line of traffic, the countless hours I used to spend at the INS (American Immigration & Naturalization Services) now the USCIS (United States Citizenship and Immigration Services) offices when I first moved to the United States, I could feel myself getting really angry and frustrated. Not for long, and it soon goes away, but so against my usual nature.

Something else I do that drives Patty batty and that is I get very focused on whatever I'm doing at the time. Once started on something I won't stop until it's either completed or proved without doubt that it's beyond my capabilities. It's not necessarily a bad trait, but poor Patty sometimes gets ignored and very frustrated with me because of it.

I'm twice married. I suppose like most people, the first time I got married I thought it would be forever. Unfortunately Trish, although witty and intelligent, very quickly turned out to be an alcoholic, liar and thief - probably because she was (is?) a paranoid schizophrenic. The film about schizophrenic mathematician John Nash, "A Beautiful Mind" (2001, directed by Ron Howard) gives a rose-tinted glimpse into her world. If you've ever seen the film and thought it was a horrendous thing to go through, let me assure you the reality of being or living with an alcoholic paranoid schizophrenic is much, much worse. There is a saying, or rather a curse, often said to be of Chinese origin but is an American invention that says, "May you live in interesting times". That's what my marriage to Trish was like. I ended up being a lot poorer in almost every way and with the feeling I'd been mugged repeatedly. She ended up being having to be looked after by the Social Services. If you or someone near to you has an untreated mental disease GET HELP NOW, you both need it.

Before I met Patty this page contained "Best moment in my life - the day I married Trish. Second best moment - the day she left."

One day I was explaining to Patty why some British people have letters like M.B.E., O.B.E. etc. after their names. For a while she started introducing me to her friends as Ray Thomas S.S.C. Where S.S.C. stands for Silver Swimming Certificate - the only initials after my name I'll ever get. I passed my 1 mile swimming test in 1984, even though I'd swallowed so much water I could have walked the last 1/4 of it.

There's two songs I think of when thinking of Patty, my wife, love, companion and friend, Forever by Roy Harper and Kryptonite by 3 Doors Down.

Patty and I first started chatting together on the internet in 1997. We had no idea where our instant messages and emails would take us, but after a lot of humming and ahhing I left my home city of Bristol, England in September 2001 for my adopted home of Terre Haute, Indiana, America and we were married on November 10, 2001.

In the end, I'm just someone making do with who I am and what I've got, the same as everybody else.

I was born in August 1958, and in my time I have been a barman, cocktail waiter, van driver, soldier, programmer, student and web developer.

Those with a weak heart should open the next set of photos with caution!

Other pages in this section