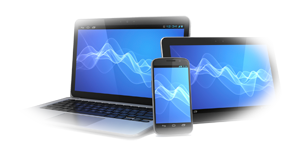 These pages are to share my thoughts on computer related topics, this includes things like scripting, writing batch files, repairing Windows and so on. There are plenty of other sites that offer similar information, sometimes a lot better better written, but one problem I have with some sites is that they show plenty of code but no examples of it actually working. I find it extremely frustrating when I copy a bunch of code, or follow a "how to" from a website only to find it doesn't work as I expected it to, or worse still, doesn't work at all.

There are also sites written in "technoese" which is all well and good but I find some of them very difficult to understand so I've tried to use "plain" English. Also, some sites are written as though nothing ever goes wrong when installing software, setting up a computer and so on. So I've tried to show how things work in the "real world", where I've had problems, for example getting a batch file to work or repairing Windows, rather than gloss over it, I'll explain what happened and how I either fixed it or worked around it.